A peewee coach fired for supporting his players?How can this be, we ask of the Football Nation? Isn’t big supposed to be good in football? Isn’t a coach supporting his player supposed be good, too? As Paul Harvey used to say, “the rest of story” is far more debatable than you may think at first glance. 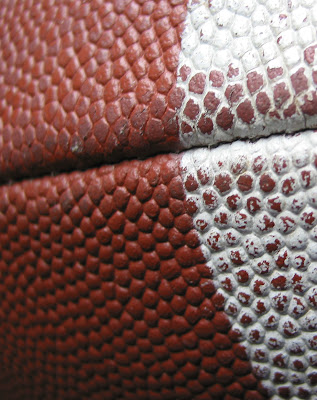 This child, (protecting his identity unless you link below) weighs 297 and is 6 foot-1-inch tall. That sounds like awesome measurements for an offensive lineman! I bet, iffin’ I was a betting woman, that the college and pro coaches are salivating at this very minute! However, this kid is only twelve years old and just wants to play football on his local peewee team.

At first glance your heart and yes, my heart, goes out to this situation and the child’s family. But there is indeed a dilemma here to allow him to play for peewee. Say what? What about all the other kids on the team whose weight is only 135 pounds or less? Doesn’t the youth peewee program have an obligation to protect those kids? To ensure their families the safest play possible?

And what about the rules? Why have rules if you aren’t going to follow them? Why have scoreboards? Why not just play football without any so-called rules? Oh yea, rules of the game are in place to equal the playing field and give the game some assemblance of order & honor.

According to the Fox News report, in this case the rules stated that if a child is in 7thor 8th grade and weighs over 135 pounds, they are not allowed to participate in this particular peewee league. As an active member in our local peewee club, previously serving on the board and a mom of former peewee players we had, on occasion, our own struggles with the weight issues. We encouraged our parents with children who didn’t match our organizations’ weight requirements, to sign their sons up with the middle school programs they attended. Age 12 seems to be that magical number where your child can usually play for the local peewee team or for his middle school team.

It’s a dicey subject either way, but as past president of our youth program, the safety of all children under our care was crucial. I took it very seriously and tried to avoid any mishaps, and cannot imagine these folks being any different.

Look at it this way, the kid is getting great publicity, he’s already had offers to play with other teams and his desire to play football will be realized, maybe even more so with kids his own size. How much competition (translation = improvement, sharpen his skills), could he achieve by knocking down all the other lightweights in his peewee division? In other words, he’ll get better by lining up with kids who are his size. God has a way of turning bad situations into good ones and for His Glory. I’m certainly praying for him and his mama and not making light of the matter, at all. I know this has been hurtful.

As for the firing of this coach? He’s a big boy, he’ll figure it out. However, Mister League President, Ronnie Henderson, you should be ashamed of yourself, ole boy. Are you telling me that the likes of Coach Marc Wright aren’t the kind of character-building men you want around your league’s youth, because he was defending his player!? Isn’t that how we’d like all our coaches to be? Loyal to the kids you are coaching and in charge of? You could take a lesson here, Ronnie Henderson. You are the one who cowered to the uproar, calling Wright out of line? Dear sir, you are out of line for firing him! If only all coaches were as loyal as Coach Wright.