There’s No “I” in Teamwork!

With heavy heartfelt thoughts and prayers concerning the disaster of Isaac, I figured now is as good a time as any to discuss “teamwork.” After messy Isaac rip roars its nasty head through land, it will take hours of teamwork to clean and repair the clutter. It will also take a team of folks to roll out at a moment’s notice to help others to safety. From first responders to firefighters, medics, police, 911 operators, sheriffs, national guard, neighbors, family and friends to nurses, doctors, hospital staff and all those in between, good people along the gulf coast have geared up for action and are in the thick of it right now. 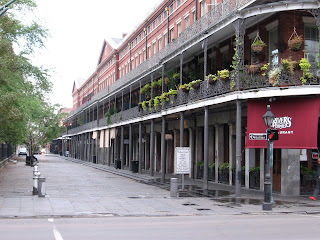 However, I see no I’s in that crowd. What I see are teams of folks who are willing to put their lives on the line to save the lives of others. No glory, name in lights or headlines, just a lot of guts from those people who aren’t afraid to plunge into perilous situations for the good of others. I believe our military personnel, here and abroad epitomize the word, “teamwork.”

team-work  [teem-wurk]
noun
1. cooperative or coordinated effort on the part of a group of persons acting together as a team or in the interests of a common cause.
2. work done with a team.

In other words, a joint effort to obtain, capture, create or achieve a common goal or purpose with no one individual, but a group of individuals working together.

As a football mama, I can only name a hand full of sports that truly define teamwork in unequal but remarkably similar ways to public service personnel or military folks. Football, of course, is one of them. Can you name any others? In football it takes all 11 men executing the game plan. But think for a minute about the entire concept of an offensive linemen’s job.

O-Lineman takes the majority of pounding and the brunt of contact hits on every down in order to protect his quarterback, thus moving the ball out of the pocket to increase yardage. Hopefully, that yardage is in the right direction, if the OL does his job! But, it doesn’t stop there. The QB has to be doing his job too and then so do the guys who carry the ball. Execution = Effectiveness of a team. Teamwork.

Yet, can you name one OL in the NFL, or on the college level? But, I bet we can all name at least one quarterback on either level. The sportscasters will mention the five guys up front usually during action. And they might call their names out in the lineup for offense before a commercial break. Still, these guys personify the teamwork message, taking the hits so the other guys get the glory. Ask any offensive linemen if he cares that he is not singled out the way running backs or wide receivers are and his answer may shock you. He doesn’t. He isn’t out to seek glory or hot-dog. The psyche of an O-Lineman strikes me as the essences of a man’s unselfish heart and character. Teamwork.

Alec Baldwin’s character as Lt. Colonel J. Doolittle in the movie “Pearl Harbor” said, “There’s nothing stronger than the heart of a volunteer.” How true! It took men and women in uniform who volunteered with an unselfish heart to achieve unimaginable triumphs in WWII or in other conflicts and wars that we as a country have endured. I see no It’s in any of their stories. Teamwork.

Astronaut Neil Armstrong is another example of a “no I” guy. What a great American! He took no credit for what he did. The man was the first to step on the moon and he gave all the credit to his fellow teammates, including the folks on the ground in the space program. That’s the very heart of teamwork.

So, maybe at the end of the day, teamwork is best described as an unselfish act or action taken by individuals for the greater good. That sounds like some purdy amazing men and women and yes, football’s offensive linemen! But one more group of people that cannot be over looked in the teamwork category is Mom’s. Most moms know a thing or two about sacrifice, unselfishness and teamwork. Yes, we could learn a lot about teamwork, with no I-formation, from these America’s heroes and football and moms!